Since Texas lawmakers in 2019 legalized some forms of the cannabis plant but not others, marijuana prosecution cases around the state have been thrown into disarray, and enforcement can vary greatly depending on where you live.

A new Texas law sought to bring the state in line with a 2018 federal law that legalized hemp while keeping marijuana illegal. The result: widespread confusion.

Here’s what the new laws mean for Texans.

END_OF_DOCUMENT_TOKEN_TO_BE_REPLACED

Sheraton Austin at the Capitol

Historic progress was made during this year’s legislative session. Our state legalized hemp production and expanded access to the Compassionate Use Program, creating tremendous opportunity for both consumers and entrepreneurs. Sadly, though, most patients are still being left behind and lawmakers failed to reduce penalties for low-level marijuana possession. There is still a lot of work to do in Texas!

Our three-day conference will offer presentations from policy and industry leaders to help attendees better understand and navigate the new legal climate. We will also be focused on opportunities and our path forward to ensure more meaningful policy changes when the legislature meets again in 2021.

Register now for early bird pricing and share the event with your friends and colleagues who are interested in this exciting movement! Rates go up on August 1st.

Early bird prices are available until August 1st, including our All Access Pass, which gets you into all conference events! Register now!

Sheraton at the Capitol

Reserve your hotel room now to lock in our discounted rate.

Although the upper chamber’s leadership once opposed bills that would relax the state’s pot policies, the Senate unanimously voted in favor of a bill by state Rep. Stephanie Klick, R-Fort Worth, that expands the state’s Compassionate Use Program, which currently allows the sale of cannabis oil only to people with intractable epilepsy who meet certain requirements.

The bill now heads back to the Texas House, where lawmakers can either approve the Senate changes or opt to iron out their differences in a conference committee before lawmakers adjourn in five days. Klick did not immediately respond to a request for comment on whether she’d accept the Senate changes to her bill.

END_OF_DOCUMENT_TOKEN_TO_BE_REPLACED

The use of cannabis to treat a variety of debilitating medical conditions cleared a major hurdle Thursday when a legislative panel approved what supporters call the Compassionate Use Program.

The action by the Texas Senate Health and Human Services Committee could move House Bill 3703 to the full chamber for a vote next week.

“The Texas Legislature took another step toward a more inclusive and functional Compassionate Use Program,” said Heather Fazio, director of the Texans for Responsible Marijuana Policy. “Sadly, though, the vast majority of patients are being left behind. We hope senators will consider including patients with other debilitating medical conditions like PTSD, severe pain, and Crohn’s Disease.”

The bill, which already has passed in the House, does not affect overall marijuana laws in Texas.

However, it does expand the medical use of cannabis to treat medical conditions including all epilepsy and seizure disorders, multiple sclerosis, spasticity, terminal cancer, and incurable neurological disorders such as Alzheimer’s disease, Parkinson’s disease, Huntington’s disease, autism and amyotrophic lateral sclerosis, sometimes called Lou Gehrig’s disease.

The House has passed a measure by El Paso Democrat to effectively decriminalize first-time possession of an ounce or less of marijuana. But House Bill 63 is a nonstater in the Senate where Republican Lt. Gov. Dan Patrick, the presiding officer, has said he opposes any relaxation of drug laws.

Time for considering legislation is short. The session in Austin ends May 27.

Austin, Texas – A bill which would expand Texas’ medical marijuana program has passed out of the House Committee on Public Health with unanimous support.

HB 1365, filed by Rep. Eddie Lucio III (D-Brownsville), would expand the Texas Compassionate Use Program (TCUP) to include more qualifying conditions and would allow more doctors to work with patients in the program. The legislation currently has the bi-partisan support of 56 state legislators as both authors and coauthors.

Conditions which would now qualify for participation in TCUP include cancer, autism, PTSD, and neurological conditions such as Alzheimer’s, Parkinson’s, Huntington’s disease, amyotrophic lateral sclerosis, and Tourrette syndrome. Other diseases include Crohn’s, ulcerative colitis, muscular dystrophy, and multiple sclerosis.

END_OF_DOCUMENT_TOKEN_TO_BE_REPLACED 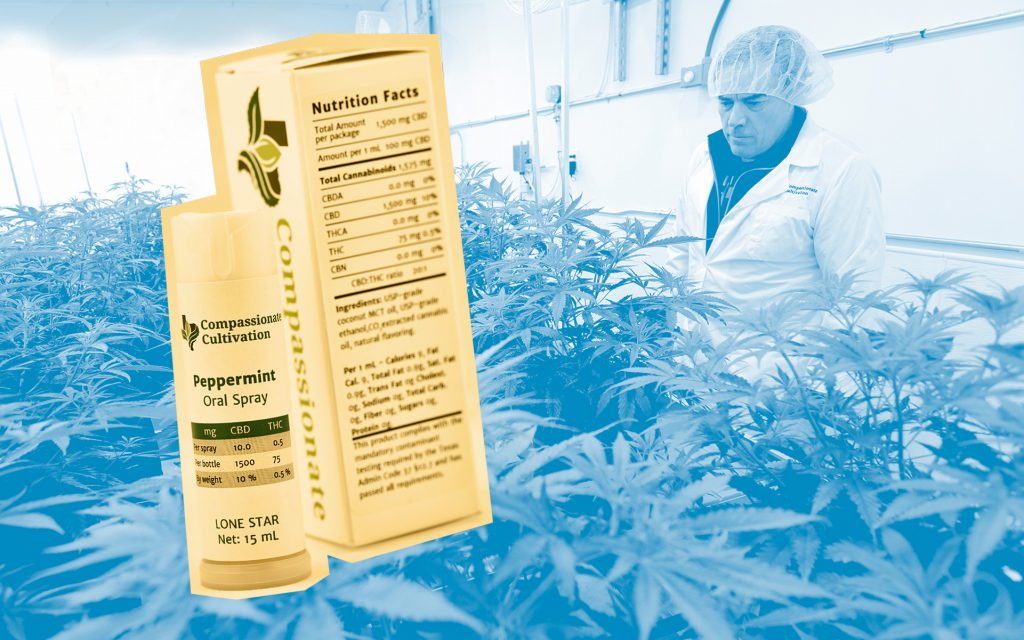 Nearly all forms of cannabis are illegal in Texas. And by illegal, I mean very illegal. Possession of a small amount of cannabis concentrate—what we in the legal states know as a $30 vape cartridge—is a felony in the Lone Star State.

Medical marijuana here has almost no THC. It’s actually lower in THC than hemp-derived CBD.
But there is one form of cannabis that is allowed. It’s a highly specialized cannabidiol oil that contains, by law, no more than 0.5% THC and no less than 10% CBD. It’s available only to patients with intractable epilepsy, and three companies are licensed to produce and distribute it.

END_OF_DOCUMENT_TOKEN_TO_BE_REPLACED

Four years after she authored legislation that legalized the sale of medical cannabis oil to Texans suffering from a small number of conditions, Republican state Rep. Stephanie Klick plans to push to expand the list of eligible patients in 2019.

On Thursday, the Fort Worth representative filed House Bill 3703, which would give Texans with multiple sclerosis, epilepsy and spasticity access to medical cannabis oil containing low levels of tetrahydrocannabinol, the psychoactive element in marijuana known as THC.

END_OF_DOCUMENT_TOKEN_TO_BE_REPLACED

Lawmakers have filed 13 bills related to marijuana policy so far this session, with Gov. Greg Abbott signaling he is on board with reducing penalties for possession of small amounts of pot.

Many states have approved the use of marijuana for both medical and recreational purposes. To date, the only major piece of legislation in Texas is the use of low-THC oil for children suffering from intractable epilepsy.

The Texas Department of Public Safety has approved 40 doctors from three clinics for the prescription of low-THC cannabis. The three companies providing low-THC cannabis in Texas are Cansortium Texas, based in Schulenberg; Compassionate Cultivation in Manchaca, just south of Austin; and Surterra Wellness in Austin.