“Intelligence is the ability to adapt to change” (Stephen Hawking).

Stephen Hawking was known as one of the top physicists, professor, and author in modern physics. At age 21, he was diagnosed with amyotrophic lateral sclerosis also known as ALS or Lou Gehrig’s disease. ALS is a neurodegenerative disease that attacks nerve cells in the spinal cord and brain. The manner in which ALS develops is by the deterioration and death of neurons, in particular motor neurons that are vital for communication between the brain and voluntary movement. As ALS progresses, it causes lack of nourishment to these neurons and eventually the neurons degenerate to the point where muscles are weakened and begin to waste ways (atrophy).

Stephen Hawkins passed away on March 14, 2018. He lived 55 years with ALS, which is considered to be a medical miracle. ALS could strike at any age, as we see in the case of Hawking who was diagnosed at age 21, but it is commonly diagnosed between the ages of 40 and 75. Most patients who suffer from ALS die within 3-5 years due to respiratory failure. In Stephen’s case, many medical experts suggest he survived for so long due to the fact that he was diagnosed at an early age, but there is no real evidence for this.

The onset of ALS is often easily overlooked, but these symptoms develop quickly. As previously mentioned, the first symptoms that develop are muscle cramps, spasticity, muscle weakness, fasciculation, slurred and nasal speech. According to the ALS association 1 in every 100,000 people develop ALS, which equates to 5,000 to 6,000 new cases every year worldwide. The prevalence of ALS nationwide is 12,000 to 20,000 people. Furthermore, according to the Florida State‐based Amyotrophic Lateral Sclerosis (ALS) Surveillance Project Summary, over 1,000 cases were diagnosed with ALS in 2009-2011. Male Caucasian and non-Hispanics are more likely than any other race or gender to develop ALS.

ALS could present in many ways, but the two most common are sporadic and familial. Sporadic ALS means it occurs randomly with no family history or associated risk factors. On the other hand, familial ALS means that the patient inherited the disease from his or her parent. There are several other causes of ALS, which include environmental factors and gene mutations. BMAA (β-N-methylamino-L-alanine) is a toxin found in seafood and metals, which has been found in many patients with sporadic ALS. Mutations in the C9orf72 gene account for 30 to 40 percent of familial ALS. 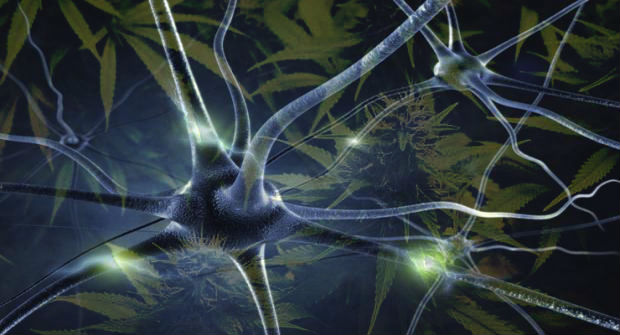 Currently there is no cure for ALS, but physicians are able to treat certain symptoms, prevent further complications, and slow down the rate of progression. Cannabis is a new and intriguing way that ALS could be treated to relieve symptoms. New evidence has shown that Cannabis could even slow down the progression of ALS. As seen in the case of Cathy Jordan who was diagnosed with ALS in 1986 and who still alive was given no more than 5 years to live. Cathy tried cannabis one day and astonished by how her symptoms were decreased she continued to use it over the years. Later on, she met with a Doctor who was startled by her well-being although she has been living with ALS for over 10 years, and when asked what she was doing? her answer was simply……. Cannabis. Cathy later became an inspiration for The Florida Medical Marijuana Legalization Initiative, also known as the second amendment, which was approved by voters on November 8th, 2016.

Medical marijuana could have many benefits for patients who have been diagnosed with ALS. Cannabinoids exerts their activity by binding to the CB1 and CB2 receptors which are involved in the pathology of ALS. Expressed levels of CB2 cannabinoid receptor are seen in the immune system cells of ALS patient. In animal studies on ALS, results have shown that cannabinoids have neuroprotective, antioxidant, and anti-inflammatory properties, which can delay the progression and survival of ALS in these animals. Although, there are few studies on marijuana and human patients, there is a few preclinical data that shows that cannabis could help patients with most of their symptoms. For example, patients with pain could take marijuana instead of Opioids due to its non-opioids analgesia and anti-inflammatory effect. Patients with spasticity could benefit from the muscle relaxant effect of cannabinoid. Marijuana could also help with atrophy of muscle due to its appetite stimulant. Another great effect that marijuana has on patients with ALS is bronchodilation for those who are experiencing dyspnea. Furthermore, cannabis may have beneficial effect on glutamate uptake, which controls the excitability of brain cells and increases neurotrophic growth factors, the neurotransmitter that controls nerve growth and development.

In a preclinical study done in 2010 by Dr. Weiss and his group of researchers, found that cannabis has powerful antioxidative, anti-inflammatory, and neuroprotective effects. In the G93A-SOD1 ALS mouse, this has translated to prolonged neuronal cell survival, delayed onset, and slower progression of the disease. In an anonymous survey of patient with ALS regarding the use of cannabis done in 2004, showed that out of the 131 respondents, 13 whom reported using cannabis in the past 12 months found that cannabis may be moderately effective in reducing symptoms like drooling, appetite loss, pain, and depression. Some found great relief for up to 3 hours, especially with depression.

With the overwhelming amount of information from preclinical and clinical evidence that cannabinoids might significantly slow the progression of ALS, we are seeing patients taking matter into their own hands and testing cannabis. Experts are calling for clinical trials to assess the efficacy of cannabis and ALS progression. Marijuana could potentially extend the life expectancy and reduce the burden of this disease. As Stephen Hawking once said “Intelligence is the ability to adapt to change.” Hopefully we’ll see in the near future what makes marijuana so helpful for patient with amyotrophic lateral sclerosis, but for now more research will be needed.