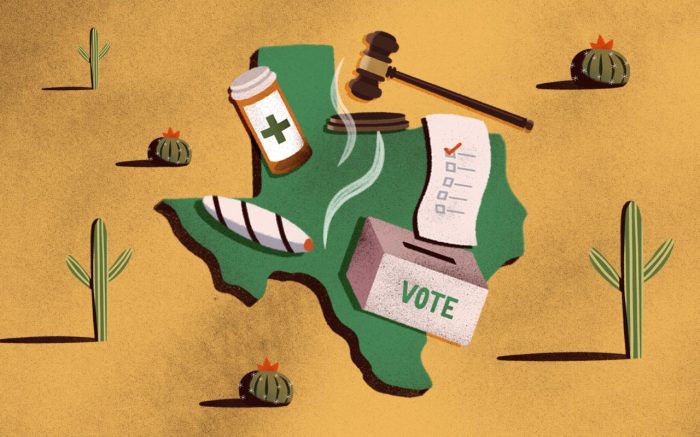 With more conservative states such as Oklahoma, Arkansas, Utah, and North Dakota taking steps to legalize cannabis, Texas feels increasingly like an outlier. Though some lawmakers have been showing signs that they’re ready to move forward on the issue, the state faces unique challenges that could continue to hold it back.

Unlike most other legal states, Texas doesn’t allow citizen initiatives, meaning lawmakers must make the first move. And while the state Legislature passed an extremely restrictive medical marijuana law in 2015 to allow for the use of low-THC cannabis by a small population of patients, legalization advocates three years later are still struggling to build momentum.

“We’re still going to have a group of senators that are going to hold out because they’re afraid they will appear soft on crime,” said David Sloane, a criminal defense attorney whose firm specializes in marijuana cases. “They haven’t taken the time or had the courage to say that what we’ve been calling a crime for the last 40 years really isn’t.”

Where Does Texas Stand Today?

Texas technically opened its doors (albeit narrowly) to legal cannabis in 2015, when Gov. Greg Abbott signed Senate Bill 339, the Compassionate Use Act. The act allows physicians who treat epilepsy to recommend low-THC, high-CBD cannabis to patients who have been diagnosed with intractable epilepsy.

First, the state defines low-THC cannabis as having less than 0.5% THC by weight and at least 10% CBD. Patients aren’t allowed to grow their own cannabis, and smokable forms of the plant remain illegal.

To qualify, a person has to be diagnosed with intractable epilepsy and then get two specialists to concur that, considering the patient’s other options for treatment, any risks associated with medical cannabis are reasonable.

This can create challenges for patients who live in rural areas of the state, where there may not be even one specialist available, let alone the necessary two.

“When you look at a state the size of Texas, with 28 million people, and you look at the number of people in the state who have intractable epilepsy, you end up [with] somewhere between 100,000 and 150,000 people, and yet there are only 42 doctors registered on the Compassionate Use Registry,” said Morris Denton, CEO of Compassionate Cultivation, one of the first dispensaries licensed in Texas. “The state is going to have to loosen the reins on how doctors can get involved and how they can prescribe this medicine.”

Once patients have been approved, they can obtain the medicine—available only in the form of cannabis oil—from one of three dispensaries in the state that have been granted licenses: Compassionate Cultivation, near Austin; Cansortium Texas, which does business in Schulenburg as Knox Medical; and Surterra Texas, also located in Austin.

Surterra, which received its license months after the other two dispensaries, has had issues with its location and is not yet serving patients in Texas as it grows its first crop.

The Texas Department of Public Safety explained on its website why only three dispensaries—the minimum number under the Compassionate Use Act—were approved: “This was based on an analysis of other states’ compassionate–use programs, the number of patients in Texas with intractable epilepsy, and statutory requirements. … A decision to increase the number will be made if and when it is determined that more licenses are required in order to ensure reasonable statewide access.”

Despite the Compassionate Use Act’s severe restrictions, Denton takes an optimistic view of the law: It’s something.

“The positive about it is it’s a beginning. It’s a starting point,” he said. “All states, in their path to wherever they end up from a legalization standpoint, have to start somewhere. They have to put a stake in the ground.

“Even though there are a lot of people who would choose to be critical of that legislation because it was restrictive or onerous or too narrow,” Denton continued, “the reality is that it was a tectonic shift in a very conservative state like Texas.”

Is the Legislature Evolving?

Texas’s tradition of political and cultural conservatism continues to prevent many politicians from taking a public stand in favor of legalization. Though there’s growing support for legalization among conservative voters, elected officials remain fearful that speaking out could jeopardize their jobs.

But according to Sloane, the defense attorney, recent progress in the Legislature could signal positive changes to come.

Sloane is referring to House Bill 81, which would have reduced punishment for possession of one ounce of cannabis or less, removing criminal penalties and replacing them with a civil fine.

“Texans know the time has come to use our limited law enforcement resources in the most effective way possible by being smarter on marijuana policy,” Moody said during the 2017 legislative session, according to the Dallas Observer.

The bill died in committee after the Texas Freedom Caucus stalled it and dozens of other bills, causing the cannabis reform measure to miss a key deadline to reach the House floor.

Despite the snag, the 2017 legislative session showed signs of hope. The state Republican Party even added reform-minded planks to the party’s platform—a step that previously only state Democrats had taken.

In July, the Texas Tribune wrote:

Texas Democrats in favor of legalizing marijuana for non-medical purposes is nothing new. But what’s come as a shock to politicos is a push for more lax marijuana laws from Republicans, who dominate all levels of state government and haven’t typically been vocal supporters of the issue. At this year’s convention, the party approved five new marijuana-related planks to its platform, including one in support of decriminalizing small amounts for personal use and another asking Congress to re-categorize cannabis as a Schedule 2 substance, rather than Schedule 1, which includes drugs like LSD and heroin.

If lawmakers fail to make forward progress on legalization, efforts may shift toward putting the power into the people’s hands.

Texas doesn’t allow citizen initiatives on the ballot. That means nothing becomes law without the Legislature taking the first steps. And despite poll numbers that show increasing support for legalization among liberal and conservative voters alike, politicians have still been shy to act on more substantial reforms.

What’s the solution? One might be amending the state constitution to allow for citizen initiatives. It’s a tall order, but possibly a worthwhile one. A June 2018 poll by the University of Texas and the Texas Tribune showed that a majority of registered Texas voters think marijuana should be legal.

“A good portion of the states that have reformed their marijuana laws on a much faster pace than ours have done so, because they have referendums,” Sloane said. “The public can grow impatient with legislators that lack the courage or the intelligence or the drive and are lagging behind what the people want. They have the ability to snatch it away from [the public] like an errant child.”

Amending the Texas constitution, however, would also require action by the Legislature. The state House and Senate would have to adopt a joint resolution by a two-thirds majority vote. In essence, state legislators would need to vote in favor of taking power out of their own hands and giving it to the voting public. The amendment would then need to be passed by a majority of state voters.

What’s Next for Texas?

Without the clear path to legalization that a citizen initiative provides, advocates for reform are aiming to make progress on various fronts, all in an effort to advance the same goal.

Grassroots advocacy groups, for example, have worked to mobilize voters and sway lawmakers.

“The efforts have been huge,” Sloane said, pointing to work by the Dallas–Fort Worth chapter of NORML, the Marijuana Policy Project, and “a bunch of other start-up groups.”

“I saw a young man go to federal prison for two years and ultimately hung himself because he checked ‘no’ on a box when he bought a gun that he wasn’t a user of marijuana,” Slone said, “and the records said different.”

Also moving the ball forward are state lawmakers who are willing to push past convention and respond to changing voter attitudes about cannabis, as Rep. Joe Moody has done in his efforts to pass decriminalization and legalization bills.

And finally, the state’s Compassionate Use Act has much room for improvement. Even absent a broader legalization bill, lawmakers could build on the foundation laid back in 2015.

“I think that there’s a fair amount of cleanup that needs to happen within the existing legislation,” Denton of Compassionate Cultivation said. “It was written from the perspective of creating a program that was a starting point and seeing how it goes. Now that we’ve got a program that’s in existence, that has some real-world experience and feedback, some adjustments need to be made.

“It’s kind of like that first pancake in the morning,” Denton continued. “The first pancake is never the best pancake. It’s always the third or fourth one. So creating a program in Texas requires time and requires tuning. I think the state is ready, willing, and able to listen to the feedback.” 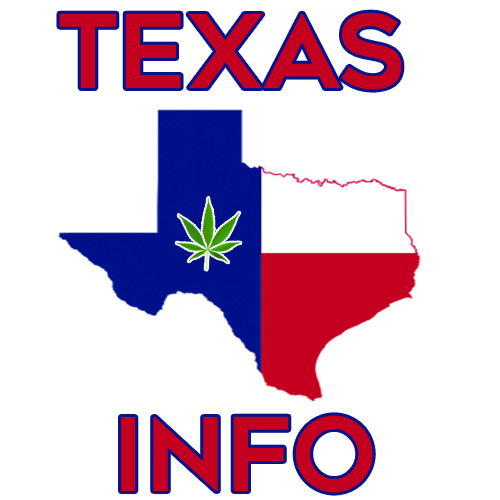